What is driving Jipe Tilapia fish in Lake Jipe into near extinction?

Steven Omondi does not miss his old fishing days. The 30 year old lives in Nghonji village along the shores of Lake Jipe, a  shallow interterritorial lake shared by Kenya and Tanzania in the Taita Taveta and Kilimanjaro regions.

Omondi started fishing in Lake Jipe in 2009; three years after the International Union of Conservation of Nature (IUCN) listed the Jipe Tilapia, the Lake’s native fish species as critically endangered. This means there is 50% likelihood that the fish will become extinct within 20 years.

His fortunes would soon change in 2015 after Nile Tilapine fingerlings were introduced on the Kenyan side in an effort to save the near collapsing fishing industry that was threatening his livelihood and that of fellow fishermen.

On the day, he was interviewed by Baraka FM,Omondi had caught nine kilogram of Nile Tilapia  which even though was in its juveniles and post fingerling stage, Omondi considers it a relief from his Jipe Tilapia fishing days.

“ If one wants to trap the Jipe Tilapia or Asilia as we call it, one must try his luck near the mouth of the Ruvu River.Though that’s not even an assurance,” Omondi says.

Before the fish was introduced in the Lake in 2015, it had made its way into the lake after a pilot project went wrong on the Tanzanian side.

This is according to Dr. Johnson Grayson Mshana, a Marine sciences lecturer at the Sokoine University of Agriculture in Tanzania.

“ Some cages of the Nile Tilapia piloted  project by the Tanzanian fish farmers disappeared and after a few months, fishermen started spotting the Nile Tilapia which is endemic to Lake Victoria in  Lake Jipe,” Dr Mshana says.

The Nile Tilapia became the second non endemic Tilapine fish species to be introduced to Lake Jipe after the Singida Tilapia which was first spotted in the Lake in 1983.

With some researchers indicating that the Singida Tilapia swam into the Lake through the Lumi river after heavy rains swept away fish ponds in Taveta Sub-county in the 1970’s, a 1988 paper published on the Journal of the East Africa Natural History Society and National Museum indicates that the fish made its way to Lake Jipe and Lake Chala, yet another interterritorial lake from the Tanzanian side.

“We have no doubt that Oreochromis esculentus (Singida Tilapia),Tilapia rendalli (Redbreast Tilapia) and O.p.pangani ( Pangani Tilapia) were introduced to these lakes from the Tanzania side, either deliberately or in the case of Lake Jipe by migration up the Ruvu River,” the paper indicates.

The current introduction of non-endemic fish species has left some fishermen and researchers worried that this will increase competition in the Lake, further severing populations of the critically endangered Jipe Tilapia.

“In most cases, the introduced species tend to become more superior to the native species. In previous years, one of the factors that have contributed to the decline of the Jipe Tilapia is the introduction of a new species which is the Singida Tilapia,” Dr Mshana says.

Though Dr Mshana says he cannot ascertain the impact of introducing the Nile Tilapia to the Lake,  statistics and local fishermen tell a different tale.

According to John Odhiambo, a Kenyan fisherman, the introduction of the Nile Tilapia in the Lake has further driven the Jipe Tilapia into near extinction.

READ ALSO: Fish prices skyrocket in Taveta after Tanzanian supply is cut off

Odhiambo says that he last caught the endangered Tilapia on his net three years ago.

“Catching the Jipe Tilapia has become very rare unlike before the introduction of the Nile Tilapia. Fishermen trap them but very rarely and one has to fish on the mouth of the Ruvu River in order to increase your chances,” Odhiambo says.

According to  Dr. Paul Orina, a scientist with the Kenya Marine and Fisheries Research Institute, intra species competition between the two Tilapine species could have pushed the Jipe Tilapia to migrate to where there is less competition.

“When a fellow species comes in and they are feeding on the same level, they will now compete for the limited resources ie food and breeding grounds and if the one that has come in like Nile Tilapia becomes more aggressive it will outcompete the Jipe Tilapia and eventually in a few years to come, the Jipe Tilapia will be gone for good” Dr Orina says.

Dr Orina further says that between the months of April, May and June 2020, out of the 15.7 tonnes of fish caught in the lake, Jipe Tilapia made only 5% of the catches with the Nile Tilapia being the dominant catch.

However, this is a drop compared to 2016, a year after the introduction of the Nile Tilapia where data from the Kenya Fisheries Service indicates that 26.3 metric tonnes of fish were caught in the lake in the same period.

However, even ascertaining the full extent  of the disappearing Jipe Tilapia is an uphill  task for authorities both on the Kenyan and Tanzanian side as fishermen on the two sides do not keep proper records of their catches and in some cases, Tanzanian fishermen land and sell their fish on the Kenyan side where the demand is higher.

In March, the Taita Taveta county government in Kenya, started training fishermen on how to keep records of their fish catches.

This is according to the Taita Taveta County Agriculture, Livestock and Fisheries CEC Davis Mwangoma who says it is difficult to obtain data on fish that have landed on the site.

“We have a Beach Management Unit in Lake Jipe which has 106 members so the training for the 106 members is ongoing so that appropriate data can be kept,” Mwangoma says.

Other than poor record keeping, destructive fishing nets are to be blamed on the dwindling populations of the Jipe Tilapia.

A spot check by Baraka FM shows that illegal gillnets of 1.5-2 mm are still being used to fish rampantly along the lake.

This is despite the nets being outlawed alongside monofilament nets or any net with a mesh size of less than two and half inches as per the Kenyan Fisheries Management and Development act of 2016.

Dr Orina says this has further driven the populations of the Jipe Tilapia to near extinction.

“The Juvenile catches are not going to make Lake Jipe recover in terms of fisheries anytime soon. There is a need to ensure that if it’s the month when fishing should not be allowed this should be respected by  both the political side and the implementers like the county government” Dr Orina says.

But  even if destructive fishing nets and alien fish species were to be regulated in the Lake would that help improve the dwindling populations of the Jipe Tilapia?

Scientists and a section of local environment activists think that solving the above problems is just a tip of the iceberg.

“The collapse of the fishery is due to changes in water quality (increase in salinity and turbidity reported by riparian communities), breeding and nursery environments, increase in siltation due to increased human activities in the catchments,” the Global Nature Fund which was implementing a project along the Tanzanian side of the lake said in a statement in 2016.

According to 70-year-old Damian Mwaka, a Kenyan farmer and environment activist from the area, poor land use brought about by the surge in industrial farms and ranches in the semi-arid area has seen farmers divert water from Lake Jipe’s main inflow, the River Lumi, leaving the Lake to rely on underground rivers inflowing from the nearby Lake Chala and the River Mvulani which flows in through the Tanzanian side.

“This coupled with soil erosion has blocked the river’s mouth. River Lumi is now draining into Lake Jipe’s main outflow, the Ruvu River which flows to the Nyumba ya Mungu dam in Tanzania,”  Damian says.

Earlier in the year, the Taita Taveta county government embarked on an ambitious plan to desilt the blocked river mouth.

However, the intervention may have come a bit late for the already shrinking lake.

According to the United Nations Development Program’s, Small Grants Program the lake has already lost more than 50% of its water.

“The lake is of global importance and the only place in the world where the fish Oreochromis jipe is found, and which is on the verge of extinction.” the Project said.

Researchers further claim that overgrazing, deforestation and invasion of the mathenge weed ( Prosopis juliflora) has further contributed to soil erosion whose end result is the increased siltation of the Lake.

“There is heavy infestation of the invasive species Prosopis juliflora which has aggressively colonized grazing land and blocked irrigation canals”a 2015 report by the Deft University of Technology says.

Taveta sub county, where the lake is located, is one of the counties whose vegetation is made up of the invasive weed which was ironically introduced to curb soil erosion in the 1960’s.

The siltation in the Lake has further been blamed for fuelling the growth of the southern cattail (Typha Domogenis) an invasive weed which the IUCN estimates has covered up to 60% of the water surface in the lake.

“Efforts to control the Typha invasion will fail unless the conditions that facilitate its growth (shallow, nutrient-rich waters) are addressed” the IUCN says.

As the community grapples to come to terms with the near extinct population of the Jipe Tilapia, conservationists have warned that implementing different conservation strategies on the two sides is further hampering efforts to save the shrinking lake.This according to Dr.Mshana.

“ This is the biggest challenge facing the management of the lake because we do not have a unified platform .This is a shared water body and thus  the conservation of the Lake will depend on at least having a platform that will bring a common agenda .We need joint effort to manage the Lake; one country cannot do it on her own,” Dr Mshana said.

In 2013, Kenya and Tanzanian authorities signed an MOU that would see a joint cooperation framework established to help conserve the Lake, just like in the instance of Lake Victoria.

More than seven years later, the joint cooperation framework is yet to be finalized.

Dr. Mshana who ran an awareness campaign along the lake in 2015, says  the delayed Joint Cooperation Framework has further pushed donors to shy away from financing conservation projects along the Lake.

“One of the donors said that they could not fund a strategy that works on the Tanzanian side in a transboundary lake.They said we cannot provide money unless you provide us with a proposal that considers both Kenya and Tanzania sides,” Dr. Mshana added.

However, the dwindling population of fish along the lake has left a community of fish filleters whose wages are pegged to the size of fish they have filleted, grappling with low income. This is according to Mary Shafarani, a 70-year-old fish filleter from the area.

“When the fish were large and abundant, I could make up to sh 300 a day which was enough to sustain my family. Nowadays the fish that comes from the Lake is juvenile and the much i can make in a day is sh 100,” Shafarani said.

“What am I to do with an income of sh 100 with four grandchidren and a  daughter living with a disability?” she asked. 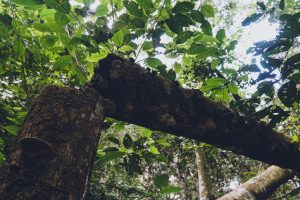 Firewood; Is Uganda burning its way to extinction? 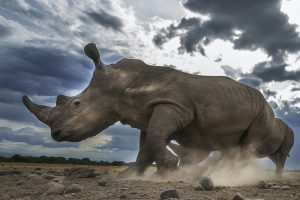 Moving African rhinos: what it takes to translocate an endangered species 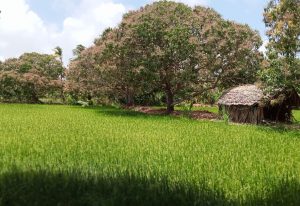