More than 1,800 coffee farmers who are members of the Kawa Kanzururu cooperative are active in the Ruwenzori massif in Beni territory in North Kivu on the border between the DRC and Uganda. This cooperative has not yet been able to process the coffee produced. It only does the production, collection, processing, and marketing of the coffee produced by its members operating from various Micro-Washing Stations (M.S.L.). Thanks to a grant from InfoNile, these different MSLs were mapped. An opportunity to understand the difficulties in coffee production. It is, in particular, the insecurity on the farms, the lack of agricultural service roads, but also the water which is however available, but not accessible. To alleviate their suffering, coffee farmers are waiting for the positive impact of the Fairtrade certification that their cooperative has already benefited from for two years.

The beauty of the Ruwenzori massif is not only its snows and the endless rains. It is also and above all, the coffee crop, Arabica variety known to have been adopted in the highlands. Here, 22 micro coffee washing stations are maintained, around which the coffee farmers are associated.

These MSL [micro washing stations] hire a staff whose number can vary between 2 and 5 members. Their task is to welcome farmers who want to sell and process their cherry here.

The treatment consists of pulping, flotation, fermentation, washing, sorting, homogeneous drying, etc. During the low season (February to May) their work is not as intense as that of the high season (August to October-November).

Vosi Luzegha has been president of the kawa Kanzururu cooperative for 6 years. According to him, to obtain one kilogram (1 kg) of “fully washed” coffee, you need at least a quantity of twenty liters (20 L) of water. He explains that in the coffee processing process, water plays a key role.

The Kawa kanzururu (white coffee in the local language) cooperative has existed since 2014. It is headquartered in the rural commune of Lume in the Ruwenzori sector, about sixty kilometers east of the city of Beni in the Nord- Kivu province.

Since 2017, data on the coffee produced have been available within the cooperative. This means that it is from that year that the quantity of water used can be evaluated.

The Vugherwa coffee washing station is a two-hour walk from the cooperative’s head office.

This addresses most of the challenges coffee farmers face among the 25 farmers who are members.

The water is almost a kilometer from the washing substation. Valerie Muhavura, manager of this micro station explains that the pulped coffee must be carried on the back to ferment it and wash it in the river. It is tiring because each season his micro station produces between 8 and 10 tons of cherries. “We wash the coffee at the Lume River. Which is very tiring. We are suffering,” he stressed. There is no road either.

To get there, you have to walk along a path that is just as impracticable when it rains. Transport is by back to the headquarters of the cooperative where all production is centralized. “I am mobilizing among the farmers who are members of this micro station to help him evacuate the coffee to Lume on our backs. If the road could be developed, it would be a relief for coffee producers,” he hopes.

The Kavalya micro station also does not have facilities for accessing water.

“There is a stream 1 km from here that we have to cross its bed when we need to use large quantities of water. That causes sometimes misunderstanding with farms owners that our conduit uses till to the micro station”, said Kasereka, manager of this micro station.

In several micro coffee washing stations, the water is found at long distances. Climate change is not yet seen as responsible for the lack of access to water.

Farmers, therefore, need a mechanism that allows them to access water directly at their micro station. In particular, in the water supply system and where the terrain is accidental, motor pumps can be used.

From a security point of view, the whole area is prey to the activism of ADF, an Islamist group that kills people with machetes. The Mwenda micro station has already been the victim of the massacre of five of its members.

According to Vihamba Roger, manager of this MSL, this situation has a negative influence on the quantity of coffee production.

“We are working in a precarious security situation. Five of our members died with their throats slit by ADF in their farms. Because of insecurity, no one can go to his farm. The farms are no longer maintained. This may negatively affect the performance in coming days. We really implore the return of peace,” he asks.

This report was written by two “Yotama” brothers, one of whom is a provincial member of parliament for North Kivu and the other a national legislator, all elected from the city of Butembo. In order to put an end to this insecurity, the Congolese government has just launched joint military operations with the UPDF of Uganda [ Uganda armed forces].

In 2019 when covid-19 broke out, the Kawa Kanzururu cooperative has just benefited from fairtrade certification on the international market. So it continued to produce and export its coffee abroad.

According to Kasereka Tata wa Makolo, managing director of Kawa kanzururu, measures have been taken to protect coffee farmers from covid-19.

“The cooperative quickly developed a contingency plan to fight the disease. It planned to suspend gatherings, install handwashing devices in every MSL, make facemasks mandatory for our members and we have encouraged others to get vaccinated when the vaccine has been made available. At the current stage, no one has contracted the disease, we consider it a success,” he said.

However, in 2019 and 2020 some coffee farmers withheld their production due to Covid-19 safety measures.

“The closed border, as well as the travel restrictions, made them fear that their productions would be lost. This is how in 2021, with the easing of some of these covid-19 prevention measures, coffee growers felt reassured,” explains the managing director.

The Congolese government has recently maintained the curfew, reinforced control of the wearing of masks, strongly advised vaccination. These are the measures enacted by the public authority, in order to prevent a possible fourth wave and the discovery, a few days ago, of the OMICRON variant.

It should be noted that the Fairtrade certification initiative was created to form a new method for economic trade. This method adopts an ethical point of view and the priority is given to producers first.

Fairtrade International started with the coffee industry, but now covers a range of products such as cocoa, fruit, cotton, flowers, tea, and others. Established buyers of these products are a niche market, which makes Fairtrade marketing difficult, says www.fairtrade belgium.be.   Customers of coffee produced by farmers in Rwenzori include higher ground trading, malongo , volcafe select ,etc.

Patrick Bakwanamaha, a researcher at the Bilingual Christian University in Congo, encourages farmers to join the cooperative. This is one of the ways to improve their production and working conditions.

The manager of the coffee-cocoa laboratory within this university encourages the cooperative to think about processing locally to allow it to increase the sources of income for its members.

In this video, he talks about the need to maintain the wet processing of coffee to maintain its good quality.

According to the Belgian Newspaper Le Soir , coffee is the third most-consumed drink in the world after water and tea. In this period of covid-19, the coffee market share has increased in Europe.

This article was supported by InfoNile with funding from the IHE-Delft Water and Development Partnership Program. 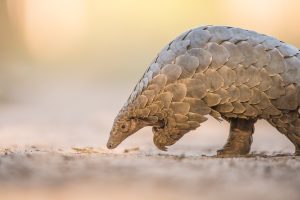 Fighting poaching and the illegal trafficking of Pangolins in Uganda 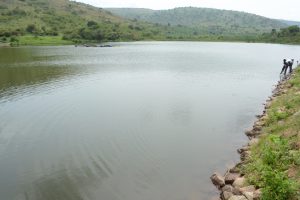 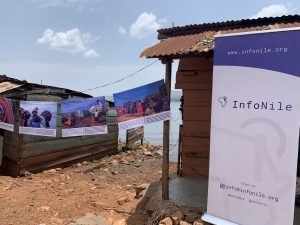 A Ugandan Community United By Climate Change and Photographs 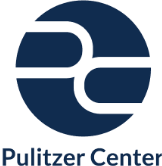 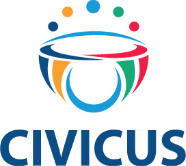