George Magomu is a Ugandan elementary school teacher turned charcoal producer. He buys and transports charcoal from Eastern and northern Uganda to the border district of Busia, where he can trade it.

Like Magomu, many charcoal traders interviewed by Climate Tracker say they are able to buy land, build homes in a short time, pay school fees for their children and comfortably meet the needs of their family thanks to this business.

Charcoal is a vital commodity in East Africa.

On top of this, Dr. John Chumo, Secretary of the Kenyan National Environmental Complaints Committee has warned that uncontrolled illicit charcoal production will make Uganda “the most environmentally dangerous” country to live in.

Uganda adamantly produces and exports large tones of charcoal to almost all of the East African countries. In Kenya, the coal imports are particularly substantial, as the government instituted a moratorium on the harvesting of forestry products in 2018.

“We have created as many laws as possible to help protect our [Kenyan] environment from this lethal charcoal business. We did not intend to injure another country,” said Dr. Chumo.

According to the Global Initiative against Transnational Organized Crime’s (GIATOC) report Black gold: the charcoal grey market in Kenya, Uganda, and South Sudan, this ban on the production of charcoal in East Africa’s most commercialized country has been a gain for some cross–border business communities. George Magomu says since the 2018 Kenyan ban, business has been better.

In Kenya’s populated Capital, Nairobi, major cities, and towns, households prefer charcoal as the source of cooking energy claiming that hydroelectric tariffs are too high to afford.

Across the region, producers generally sell bags for between $20 USD and $30 USD depending on the mass of each bag and on the region.

“Teso and Northern districts are the bedrock of our chain of supply. We then transport it from up north to our business stores in Busia, a Uganda–Kenya commercial border point. From Busia we sell it to Kenyan producers at a fortune so as to be able to sustain our families,” Magomu affirmed.

“Due to the Kenyan ban on charcoal production, it is more desirable for transporters to carry Ugandan charcoal in Kenya. The Ugandan product is often accompanied by a certificate of origin, which serves as protection against confiscation and or extortion,” reads an excerpt from the GIATOC report.

Criminality also manifests in the charcoal value chain in Kenya, Uganda, and South Sudan, according to the GIATOC report. All three countries are also risking climate consequences such as floods, landslides, droughts among others.

Alfred Okot, the secretary in Uganda’s ministry of water and environment, claimed there were no certificates of origin. Okot’s office signed a statutory instrument on illegal charcoal harvesting.

Okot added that the ministry is aware that there has been an increase in charcoal smuggling following Kenya’s 2018 moratorium.

The permanent secretary revealed that the ministry of water and environment is swiftly moving on to combat the lethal and environmentally destructive charcoal harvesting.

“Going through parliamentary procedures will take time. So the minister has signed an instrument prohibiting cross–border charcoal trade since it exploits our country’s forest cover,” Okot said.

Charcoal was never an export in Uganda until the country amended the external Trade Act, a 1953 law that made provision for regulation.

An official from Uganda’s National Environment Management Authority (NEMA) who wished to remain anonymous stated the original External Trade Act banned charcoal exports because the product is exhaustible and its exploitation unsustainable.

The official stressed that, despite technical efforts to help regulate the sector, poor political will has frustrated the ultimate goal.

“Uganda does not have enough laws and deterrent measures to compete with Kenya, where the protection, management, and preservation of nature is strict and cohesive,” said the government official.

Thus, forests in the country are facing severe pressure, also exacerbated by demands from Kenya.

Uganda is already grappling with a significant number of climate change internally displaced people (IDPs) in the state-run resettlement camps of Kiryandongo and Bulambuli districts respectively.

In an interview, Beatrice Anywar, Uganda’s Environment minister, expressed concern about the demand for charcoal by Kenyans increasingly erasing trees in Uganda.

Northern Uganda is the most affected when it comes to tree cutting for charcoal production.

“Due to the rebels in the north, people didn’t cut a lot of trees because settlement activities in the area were very low as people were internally displaced. As a result, the quality and quantity of trees from this part of the country can’t be found elsewhere in Uganda,” says Wilson Oyite, a 45-year-old charcoal producer.

Doreen Ladoo is a native who leases her forestry land to charcoal dealers. Over time, she has observed that her clients cut down any kind of tree species as long as it is slightly mature.

Ladoo says that, although dealers are making a killing from the charcoal trade, the practice is gradually impacting their agricultural activities. For example, erosion is becoming frequent in charcoal sites.

Ladoo has observed that the africana and the shea species seem to be the most affected by the charcoal business. Both tree species are classified as vulnerable to extinction by the International Union for Conservation of Nature (IUCN).

“Other tree species usually lead to losses compared to shea and africana. These two species give the exact quantity and quality that our clients desire,” Elizabeth Oundo, a charcoal business broker stated.

Immaculate Amunyo is a local radio environment journalist. Amunyo narrates that once the traders hire a piece of land, they pay a team of young men and women to heap a mound of soil around the arranged wood before setting it on fire. Within hours, charcoal is created.

Wood is harvested either from private, communal, or protected lands, some of which where harvesting of wood is illegal. Woodcutters could be seen in action equipped with simple tools such as machetes and axes.

Rhoda Nyaribi, an environmental officer of Mbale city, close to the Kenyan border, said she’s concerned that the degraded lands will erode and retain less water. In that scenario, low productivity could lead to hunger and fickle weather.

Mary Manana, director of Mount Elgon Tree Growing Enterprise–METGE, a conservation advocacy group, worries that if authorities do not intervene, the climate change consequences of charcoal production will be fierce.

Research by GIATOC shows that climate change-driven changes in rainfall patterns could severely reduce harvest in most parts of Uganda. Bugisu’s Arabica coffee, one of the country’s biggest export commodities, could also be affected by changes in rainfall.

“Trees play a big role in combating climate changes,” Ms. Mercy Melody Kayodi, a member of the UN youth coalition for sustainable development goals, stated. She added that, in Northern Uganda where massive deforestation has occurred, planting trees could be beneficial.

What next for northern Uganda

Sarah Netalisile Kayegi, a Member of Parliament from Namisindwa district has advised communities to replace charcoal with renewable energy in order to conserve the forest cover as much as possible.

Netalisile urges the region to prioritize restoration and reforestation. In Uganda, it is common to see people dealing in private tree growing businesses, cutting down their trees upon maturing for commercial purposes.

Netalisile reckons that planting native species for timber or commercial purposes could become an important source of income for farmers, help rural lands and adapt production to climate change. Netalisile is an environment conservation champion, particularly in Mount Elgon District.

Charles Wakube, a forester, states that agroforestry can lead to adaptation benefits for the local climate.“This practice would replace unsustainable charcoal trade. When practiced well, agroforestry improves soil and water availability, attracting pollinators and increasing biodiversity,” he said in an interview. 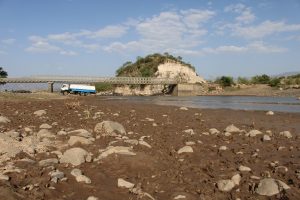 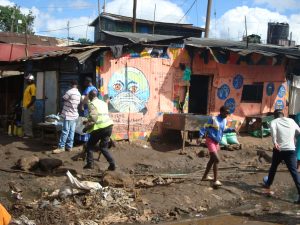 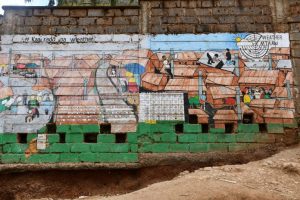