By Leopold Obi I leopoldk40@yahoo.com

Wildlife poaching is suddenly on the rise across Kenyan forests and conservation areas, some of which are home to the rarest wildlife species. Yet, unlike in the past when mainly elephants and a handful of other majestic mammals were primary targets, poachers now seem to have their eyes trained on bushmeat for quick money and food.

It is suspected that the government’s recent decision to release over 4,800 inmates from local prisons is playing a part in fueling the resurgence. The prisoners who were serving for petty offenses and less than six months jail terms were released in April to decongest prisons and avert a possible Covid-19 outbreak in the correctional institutions.

“Most bushmeat poaching offenses in this country are categorized as petty offenses and therefore it’s not surprising that following the release of petty offenders, bushmeat hunting is suddenly soaring,” a wildlife conservation officer said.

Because hunters employ myriads of dirty tricks to kill and preserve their kill, beef consumers in the city are being advised to stay vigilant as the bushmeat is finding its way into butcheries.

Many national parks and conservation areas are currently recording low tourism activities, as the pandemic has for the last three months heavily disrupted travels and social interaction. The decline in tourism activities has dipped revenues for these conservancies, forcing them to scale down daily park patrols.

In the Maasai Mara’s Mara Triangle, rangers estimate that 30 to 40 hippos have been killed by armed poachers in the past two months alone. Mara Triangle Park Administrator David Aruasa says they recently nabbed five poachers of Tanzanian nationality ferrying dried hippo meat towards the border.

“On May 27 our anti-poaching unit found fresh poachers tracks along the Kenya-Tanzania border. Our Canine Unit immediately trailed the tracks for 5km and busted the criminals in their hiding area,” Mr. Aruasa said.

The poachers, he says, were caught carrying at least 50 kilos of dried meat worth Sh50,000 (USD $500). “Basically, the bushmeat hunters are mainly doing it for commercial purposes. These poachers invade the parks and pitch makeshift camps where they chop and dry the meat after a hunting spree,” he said to Mr. Aruasa.

The senior ranger said the ongoing rainfall is resulting in vegetation outgrowth in the parks, which poachers turn into effective hideouts. Similarly, as rivers become flooded by the heavy rains, hippos are moving to shallower swamps and pools, making them a target.

“We are currently using two anti-poaching patrol vehicles instead of four due to inadequate funds,” says Aruasa, adding that they hand over arrested criminals to the Kenya Wildlife Service (KWS) for prosecution.

The situation is not any different in the Tsavo-Mkomazi ecosystem where, according to Maurice Nyaligu, the Tsavo-Mkomazi Landscape Manager at African Wildlife Foundation (AWF), there has been a resurgence of both trophy poaching and bushmeat hunting within certain hotspots of the huge landscape, following the COVID-19 pandemic.

Mr. Nyaligu warns that the spike in bushmeat trade could stir a public health risk since poachers not only kill their prey using hazardous chemicals but some wild animals are also natural hosts for a number of zoonotic diseases that are deadly to humans.

He said some poachers simply collect the carcasses in the wildlife before selling to unsuspecting consumers as beef. He urged members of the public to learn the difference between bushmeat and regular beef, pointing out that as a general rule, bushmeat from savannah antelopes tends to be more lean and reddish.

According to the Director-General of Kenya Wildlife Service, Brigadier (Rtd) John Waweru, the sector had suffered from a drop in income to the tune of 92%. This, he said contributed to increased threats of transnational crime through porous borders, escalation in Bushmeat poaching, and associated crime.

While addressing a webinar organized by Internews and partners, he noted that between January and May 2020, Kenya had nabbed 2.8 tonnes of bushmeat compared to 1.8 tonnes nabbed between January and May 2019. He said that they had arrested and taken suspects to court. He singled out Burma Market in Nairobi as being notorious for the sale of bushmeat.

Meanwhile, wildlife conservationists in North Rift have also raised the alarm over the rising cases of game poaching in most government forests in the region. The most affected are South Nandi Forest in Nandi County where locals hunt gazelles, antelopes, forest warthogs, and black-and-white colobus monkeys for meat.

A recent monitoring exercise in the forest by Birdlife International in collaboration with Nature Kenya revealed a big threat to wildlife. The forest is rich with biodiversity and is also home to Turner’s Eremomela (Eremomela turneri), a rare and critically endangered bird. For this reason, the forest is one of the most important sites in the world and was recently classified as one of the 66 Important Bird Areas (IBA) in Kenya.

“Bushmeat hunting has increased inside the forest and in the nearby Kibirong wetland. This has been due to minimal activity by Kenya Forest Service (KFS) and KWS wardens during this period of COVID-19 pandemic,” said Mr. Kiptanui. He warned that poaching could result in massive biodiversity losses if left unchecked. Kiptanui said many locals still do not appreciate the value of forests and continue to indiscriminately destroy them.

The conservationist also blamed the slow implementation of policies and lack of capacity for conservation at national, county, and local levels as a big challenge to conservation.

But while poaching is most likely on the rise, the Ministry of Tourism and Wildlife is reluctant to admit the claims. Tourism Cabinet Secretary Najib Balala says “the incidences are so far not higher than what has been recorded at the same time last year… however that is not to discount the possibility of an increase given the situation we face with the ongoing pandemic.”

The CS said the government emergency budgetary support will provide funds to KWS and other wildlife conservancies in the interim to ensure there is no laxity in security for wildlife. He said a few donors have also pledged support to community conservancies during this period.

Organizations such as AWF and other like-minded entities within the region are already providing support to KWS and community conservancies to help suppress poaching and the spread of Covid-19 in the parks. “KWS will remain vigilant and has not reduced patrols and surveillance around the country,” Balala said, adding that in bushmeat hunting cases in the Tsavo Conservation Area and Kilifi, both suspects were arrested and prosecuted.

This story was first published on MESHA’s Sayansi Issue 16 in July 2020. 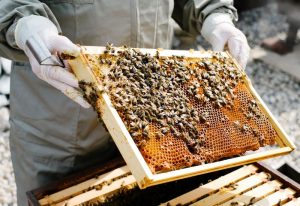 Impacts of Climate Change on Bee-Keeping in Kenya 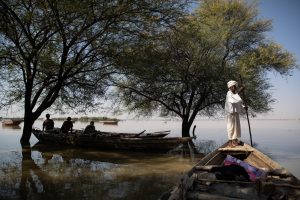 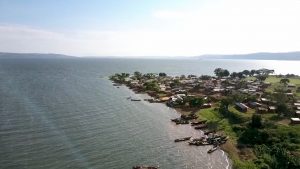 Thirst in a River Basin (How to read the map)