This story was made possible thanks to support from InfoNile and Internews’ Earth Journalism Network.

Desertification is mainly a result of climate and human pressure on earth. Over the last four decades, desertification has been spreading rapidly in Sudan, which forced many farmers and their families to abandon their homes in search of a better land to live on. One of the many factors that contributed greatly to the acceleration of desertification issues in Sudan is the absence of economic and social institutions- which are supposed to help citizens cope with the resources degradation problem and the formation of initiatives to mitigate and adapt to the impacts of desertification.

It is clear that climate change will increase the risk of drought and desertification even more over the next few years, therefore, all around the world countries have been engaged in utilizing technology as a means of helping humanity cope with desertification in a better way. In Sudan, desertification is threatening almost all the potentially cultivable land in the country; especially the irrigated sector, mechanized crop production schemes and the traditional rain-fed agriculture. Left with no support, farmers must weigh their options, either they individually try to mitigate the effects of desertification on their livelihood or decide to abandon it altogether to minimize losses. ‘As a farmer, I try as much as possible to adapt to these changes but it keeps on getting more difficult. I am no expert but I know that the government should help us with this situation or else I will have to quit farming and find any other job to support my family, that is what most of my farmer friends did” says Mahmoud Hassan a farmer in south-east Khartoum.

In 2007, the United Nation Environmental Program (UNEP) released a report indicating that desertification was among the main reasons behind triggering the conflict in Sudan’s Darfur region. Prof Mohammed Saleh, the director of the Institute of Environmental Studies at University of Khartoum adds “desertification is actually more dangerous than we can imagine, Sudan needs more advanced technology to combat this issue. The United Nations Convention to Combat Desertification (UNCCD) has been working for nearly 10 years, developing innovative information services based on satellite technologies which should help African countries monitor the land degradation processes over time and help narrow down the existing data gaps in those countries. This is what we need in Sudan; we need to be aware of the issues before they happens or else we will just sit and watch while desertification slowly takes over our country and leaves us with nothing but regret and hunger”. Prof. Saleh also emphasized the need for more sustainable land management which can only be achieved by raising the population’s awareness of the issue first, noting “farmers in the country are not fully aware of the issue and therefore they are definitely not aware of the solution.
You can’t solve a problem without understanding the issues and this is exactly the case in most parts of the country”.

Ms. Hana El-Amin, Founder & Chairperson of the Environmental Initiative Organization for Sustainable Development adds “combating desertification should be a priority for Sudan, we are speaking about growth development, poverty reduction, equity, social mobilization and partnership agreements with national and international stakeholders, all these are sustainable development goals which cannot be achieved without addressing desertification”. Ms. Hana also mentioned the important role NGOs can play in the fight against desertification, critiquing the government bodies which don’t involve and support these organizations to enable their added value and contribution to the national mitigation effort. She added, “I am not saying that there is no work being done, but so far the only projects that have been implemented are small-scale projects on aquaculture. To combat desertification we need to enhance policies and work on long term projects taking into account the country’s national strategy to combat this issue”. There is also a clear conflict of interest issue hindering effective mitigation of
desertification, Ms. Hana noted, “current policies in Sudan do not contribute to the fight against desertification at all, because the people who are in charge of the projects are the same people who sign permissions to cut down forests and trees”. Although the route towards finding solutions is seemingly complicated, Ms. Hana suggested we start with awareness & information gathering, noting “from my own perspective I believe we need to start raising awareness, disseminating information and embedding a mechanism to involve the community and hear how everyone is affected by this issue”.

Lessons from Around the World

In Niger, farmers and policymakers are not sitting idly and waiting for desertification to ruin their lives and destroy the country’s economic power. Farmers in the Niger have been adapting to desertification effects by re-growing trees whose stumps lay dormant in the soil. Previously these trees had been cleared for farmland, but they found that by leaving trees in their fields, farmers reap the benefits of more firewood, fewer pests and diseases, less soil erosion, rising water tables and higher crop yields. This process is known as Farmer-Managed Natural Regeneration or FMNR. The process has spread throughout the whole country over the last three decades. Studies estimated that with the help of this technique farmers have managed to grow 200 million trees and rehabilitated five million hectares of degraded land.

In Nyando, Kenya, farmers have been experimenting with agroforestry which is a land use management system in which trees are grown around or among crops or pastureland. It combines shrubs and trees in agricultural and forestry technologies to create more diverse, productive, profitable, healthy, ecologically sound, and sustainable land-use systems. The farmers in Kenya have been using this system as a method of reducing erosion and slowing land degradation. Integrating trees in farms allows the farmers to protect their lands and also reduce their dependence on a single staple crop. 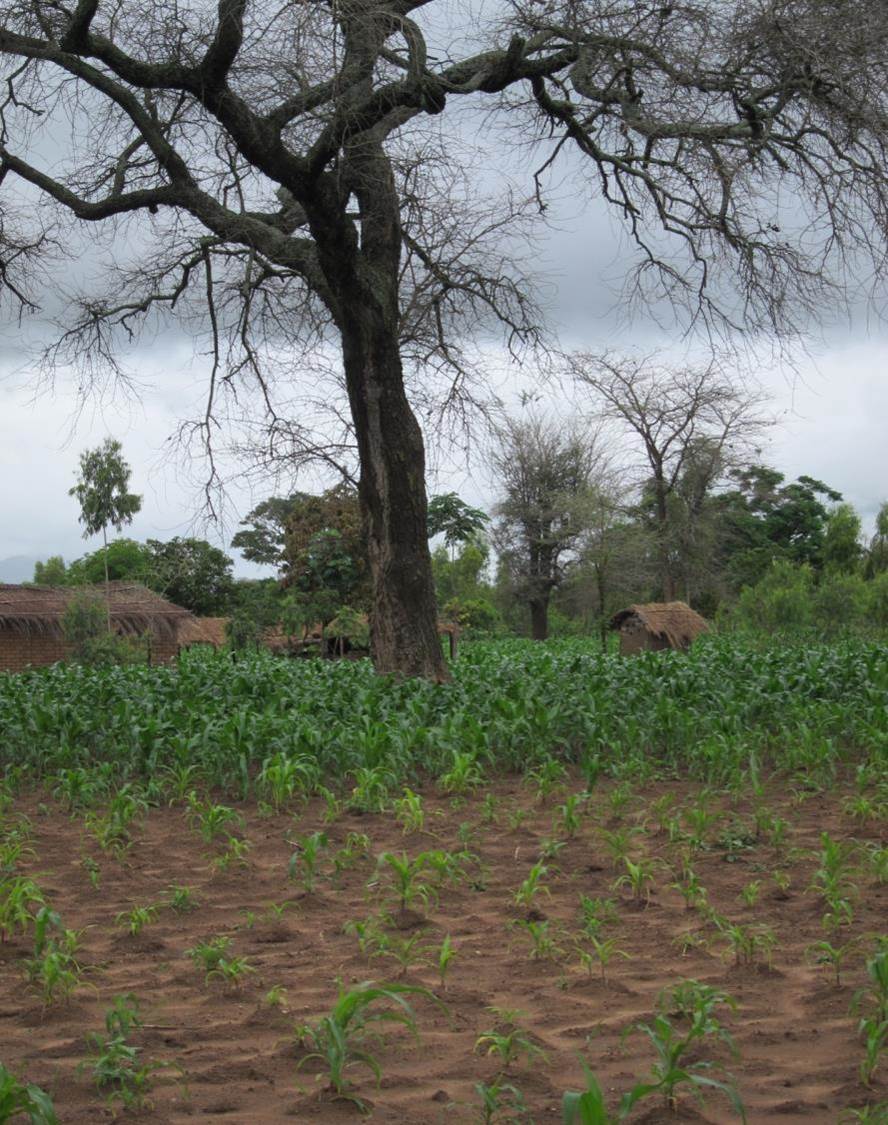 China is also one of the worst countries affected by desertification, as the Gobi D esert expands further south forcing entire communities to relocate and therefore increasing the number of climate refugees. Even though the impacts of desertification on China have been getting worse every year, the country is still setting up a
great example for stepping up the fight against desertification. The country has been taking a major geo-engineering approach to fight back against the ever-encroaching desert by planting trees to create the Great Green Wall. As crazy as this may sound, China is actually planning to plant 88 million acres of woodland in an area that stretches 3,000 miles long and up to 900 miles wide by 2050. If China’s project – the nation of nearly 1.5 billion people – succeeds at combating desertification, it could serve as a guide for the countries of the 250 million people worldwide threatened by desertification.

Desertification will not stop, pressure on land resources is expected to increase as populations grow and a growing population will demand more food, which means that unsuitable or especially bio-diverse land will be claimed for farming and be more vulnerable to degradation, so as you can see it is an endless cycle that needs to be broken down or earth could become a desert by 2050 due to desertification.